I will confess up front to having seen an earlier big, fancy production elsewhere of the latest show opening this week at Stage West Calgary.

I thought I was seeing it again last night - this is one flawless outing for fans of the Broadway musical Million Dollar Quartet! It is without question every bit as good as the Vegas version, which at the time I attended featured one of the Broadway cast members among the stars.

This version here at home starts with a terrific set. It builds with the introduction of the cast members, and follows through with great renditions of the songs and story of this one-off event in pop music.

In December 1956 three of the biggest stars in pop, country and rhythm and blues convened in the legendary Sun Studios with an brand-new up-and-comer for the Sun Records stable of recording stars, mostly by happenstance. The storyline features a number of plot lines that build to the finale, but along the way you hear some iconic music from the rockabilly era, and much more. 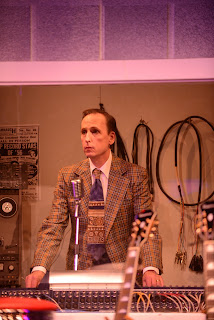 J. Sean Elliott moves away from his usual director’s chair to tackle the role of Sun founder Sam Phillips. In a dual role narrating the event in asides, he brings considerable skill to making Phillips believable, yet not taking anything away from his fellow actors. 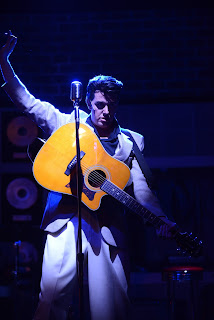 Matt Cage is a young Elvis Presley, returning to where it all started for him. The story line links Presley and Phillips to a possible future collaborative reunion, kept somewhat secret from the other musicians in the impromptu gathering. Cage’s acoustic version of Peace In The Valley with a haunting chorus from fellow cast members is worth the price of admission by itself. 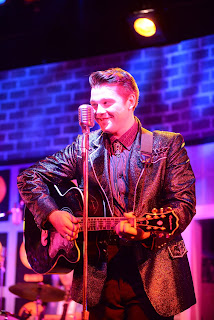 Tyler Check brings rockabilly pioneer Carl Perkins to life, and he also harbours a secret along with Johnny Cash (Maxwell Theodore Lebeuf) that ultimately serves to make the finale bittersweet for the group.

Check and Lebeuf also share musical moments that sparkle, and like the Broadway version, everyone on stage is playing their own instruments. 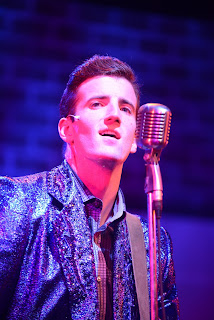 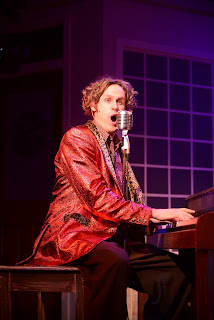 A natural firebrand cast as the original firebrand, Gerrad Everard clearly has a blast in the role of the young Jerry Lee Lewis, caught somewhere along the fine line between religiously aware, but bawdily centred. Has it really been 8 years since he brought other musical legends to life here? Too long! 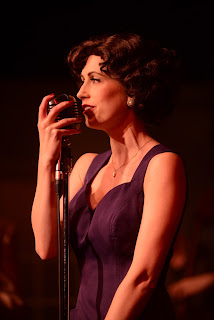 Laura Mae Nason returns to Stage West playing Elvis’ girlfriend, and she gets to perform a couple of songs herself. Again, much like the Broadway version she almost steals the show from the formidable legends gathered in the room - she can truly belt out with the best of them.

Filling out the group are Scot Carmichael (Fluke) and Zachary Knowles (Jay Perkins) as the background musicians for Perkins' session - plenty capable themselves musically. 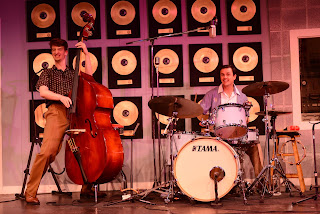 Directed by Alex Mustakas, with musical direction from the ever-present Konrad Pluta, there is not one misstep along the way. If you’ve seen this before, you can do no wrong by seeing it one more time.

Check out my official Calgary Herald review, live online now!
Posted by ThatDanGuy at 9:59 AM

Actually, it's September to November 13th, 2016! Thanks for the great write-up, Dan!