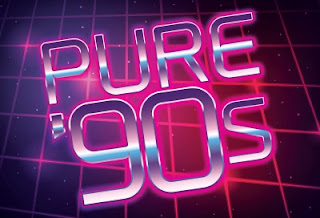 Here's the thing. Of all the varied theatrical offerings that have contributed to the ongoing success of Stage West Calgary, nothing seems to succeed quite like their musical revues.

Just when you think they've presented something entirely unsurpassable, a new collection of beloved songs arrives, and the audience is swept back in time along with the entire cast and crew for even greater entertainment heights.

The latest, presented for media last night, is right up there with some of their best work. Sure, there are a few chinks in the armour (those may get worked out after a few more performances - or not...), but it is hard to quibble when the high points are so high you feel like you are listening to the actual artists, not a cast of talented actors and actresses.

Taking an overview of an entire decade is tough, given the vast amount of releases in any given week, let alone 520 of them.

That said, co-creators Timothy French (also the choreographer and director), and Howard Pechet have truly mined a wide sampling of tastes, trends and hits that emerged from that time. Personally, I had veered heavily into country music back then, and they've got lots of that on offer

. Canadian bands were exploding here at home, and on the world stage - nicely sampled along the way.

Of course, hip hop and rap were showcasing a wide variety of artists, along with R & B influences and the last gasps of disco. As a mobile DJ through the entire 90's, I played almost every one of the songs in this show more times than I could even begin to count.

Plus, you won't even be disappointed if you enjoyed the novelty songs of the era, a few of those are included here!

As usual, I have to hold back from sharing too much here, as I have to put together my official Calgary Herald review, but just a few high points, more to be touched on in the Herald review:

* Andrew McGillivray has developed a lucrative sideline showcase as MC of these musical affairs - quick-witted, vastly talented in mimicking the eccentricities of the characters written, and when allowed to get in on the singing fun, one of the best onstage.

* The Girls Rule! Never mind Beyonce's modern-day declaration, this cast of women offered up the highest of the high points at last night's show. As the cast is somewhat enormous, it was hard to pick out who played each role, but k.d. lang was almost like hearing the real deal, as was Shania Twain. The Spice Girls, The Fugees, Celine Dion, among others - bang on the money!

Kudos to Michelle Bardach, Adriana Crivici, Sarah Horsman, Madelyn Kriese,  Antonette Rudder and Victoria Scully for outstanding work on many of their covers.

*The Guys Did Fine Too - true team effort, the gentlemen all had plenty of opportunities to aim for the bleachers, and plenty of performances sailed up into the stands along the way.  Personal peaks for me were the bits featuring songs from Snow, The Barenaked Ladies, R.E.M. and the clear crowdpleaser Black or White (Michael Jackson).

Hey, I better slow down here or I won't have anything left to write about in The Herald - quick shout out though to the guys - Gaelan Beatty, Dean Deffett, Jeremy Carver-James, Calvin Laveck, Jesse Weafer, and Jacob Woike.

Konrad Pluta and his house band excelled as always.

More hits than misses, plenty of laughs and a great seasonal menu (Nov 19 - Jan 1) - literally something for everyone!

Posted by ThatDanGuy at 10:37 AM No comments: