Back when I was still selling real estate, my summer weekends weren't spent enjoying BBQ's and beer - I was most often sitting in a home for three hours.

NOW I come up with better options - doh!

Brock Zeman, At The Ironwood 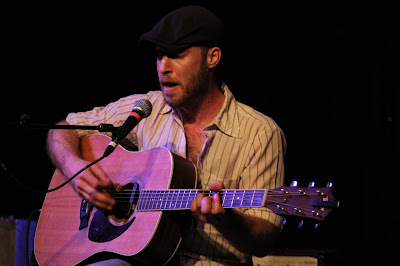 to get to my photo slideshow from Brock Zeman, Blair Hogan, and The Northwest Passage live at The Ironwood Stage & Grill Tuesday night...

Posted by ThatDanGuy at 11:20 AM No comments:

Songwriter Due To Hit Ironwood Stage Next Week - Brock Zeman 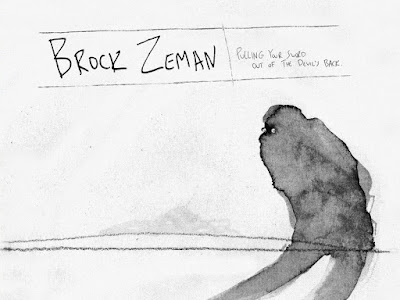 Can't wait for this one - his latest album is stellar, and I can't wait to see his music come to life onstage!

Read the feature in my online Calgary Herald space, and click on the link to listen to the full audio interview....

Posted by ThatDanGuy at 7:49 AM No comments:

For The Birds - my latest humour column...

You don't even have to say "based on a true story". You really can't make this sort of stuff up.

But you can exaggerate how things unfolded a wee bit...

My latest REM column, a feathery tale of me versus nature - any guesses who wins?? 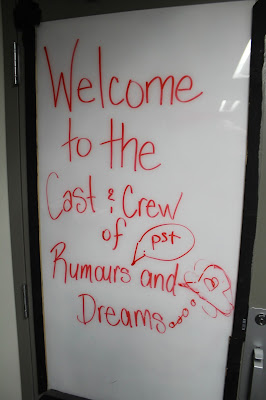 Includes a full video link to the interview as well...

I should precede this review by stressing that Stage West Calgary's latest ensemble musical revue is just that, a theatre-styled retrospective with a slender storyline that unites the musical numbers. It is NOT a Fleetwood Mac cover band show in any way, shape or form, which is pretty obvious once the lights come up onstage.

As a matter of fact, this revue show touches on the music of other influential bands as well, those that had immediate connections to the band - such as Jefferson Airplane and Heart. Those connections are discussed by the show's co-creator Randy Johnson, in a video interview and feature that will appear online in my Calgary Herald space over the next day or so. My official Herald review will appear there soon as well.

This Fleetwood Mac production occasionally mirrors the band itself - explosive power, subdued and delicate melodies, and a few misfires. It is ironic that as a bit of an overture, the show starts both acts with Tusk - a song from that double album of the same name. Despite achieving sales and chart hits that would make it a runaway success in this current fragile music era, it was considered by many critics to be a self-indulgent flop. Personally, I love the song, and always love to hear those drums and recurring chant, so I wasn't among those in that camp.

However, it is a pretty accurate reflection here. This cast is composed of so many talented singers that have helped propel productions here before -  like Katie Beetham, the award-winning powerhouse star Lady Of The Lake from the just-closed Spamalot.

Add in Aurianna Angelique (Love Train), Andrew McGillivray and Brent Thiessen (80's Solid Gold), plus Nikki Ponte, marking her second Stage West show during The Calgary Stampede (Uptown Country Girls) as some of the familiar faces that are back. Each of those singers and actors have moments here that sparkle, especially in some of the re-imagined versions of these iconic songs.

It is that statement, in how these songs are so iconic, that there are a few stumbles. If you've grown up wearing out those albums, then the cds that replaced those, it may be that you have a certain expectation of those tracks, as they were recorded and cherished.  But that said, it's not enough to discourage you from being in the seats there to hear the standouts, of which there are many. Never mind the always stellar house band, led by the musical director Konrad Pluta.

A slow start, a few meanderings that mirror the band's career in a spooky sort of way, but overall, the effort has more shine than a gold or platinum record.

I will post links soon to that video interview with co-creator and director Randy Johnson, and choreographer Stephan Dickson, there's some great commentary on the show and their careers as well.

And check back as well for my official Calgary Herald review!

Posted by ThatDanGuy at 9:27 AM No comments: 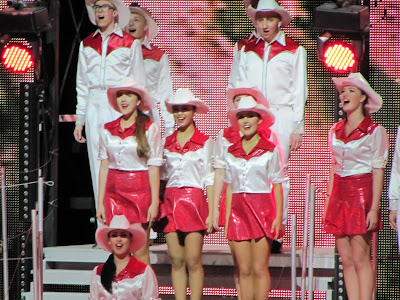 What an amazing job the folks organizing this year's show have done!

Read my review for The Calgary Herald here.

Get out there and get your Stampede on!!

Posted by ThatDanGuy at 3:31 PM No comments:

Buck Rogers In The 5th Century

You don't realize how much you depend on technology until it doesn't work.

Then, you don't realize how much your skull can contain the pressure of exploding brains until you discover that your head is poised to erupt in fury and frustration...

That was some of the fun I had along with the rest of my recent experience attending an annual conference this past weekend with the National Society of Newspaper Columnists, in Indianapolis. While the balance of the experience was exceptional, losing contact with the outside world was NOT!!

First off, Microsoft Outlook decided that based on my consistent travels at home between Wal-Mart and McDonald's any other day of the week, the fetching of emails in Indiana meant I had been hacked. So, to PROTECT me, they froze every aspect of Hotmail, which meant I had to login and jump through their authentication hoops. Easy-peasy, like threading a cooked sausage through the eye of a needle...

That simple task, meant to cheerily protect me even though THEY COULD USE THE GODDAM SECURITY INFO THEY HAVE ON FILE INSTEAD OF THIS BLANKET PROCESS, took a day, as I was unable to access my codes.  I had chosen not to take a roaming package. The last time I did that, I exceeded it with a text to my wife, where I said "Hi!", exceeding my limit by 400 MB, and costing somewhere around (I kid you not) $600 for the 4 days I was away on that trip.

At any right, bygones...

Live and learn I say, when I can afford to.

The reason I couldn't get the code was due to that lack of roaming, which prevented iMessage from working. iMessage is a great feature when it works, but it uses data, which is prevented when you have that feature off - so Microsoft staff were patting themselves on the back, assured that they had indeed prevented identity theft with this clown in Indiana who was not receiving the authentication texts. Whose head was swelling to the size of those exposed-brain Martians you saw in 60's movies...

I did eventually sort everything out, and will be exploring new options for an email provider, and likely a cell phone provider while I'm at it.

When I returned to Calgary, I got a call the next day informing me that my flight was "randomly chosen from hundreds that day to win $999" - a classic scam.

So, I did manage to get exposed to something after all, which has now resulted in opening a fraud file with the RCMP.

Technology WILL be the death of me...

Posted by ThatDanGuy at 7:06 AM No comments: