So many elements from the film version of Mel Brooks’ Young Frankenstein peek out in the stage version that for anyone familiar enough with the source material, there is great anticipation for their own favourite movie moments.

The puns, the sight gags, the quirky cast of characters are certainly in both versions, along with iconic comedic moments from the movie version that have remained iconic decades after the hit movie appeared in theatres.

So, why was I not taken as much with the stage version as I was with the original production?

It sure wasn’t due to a lack of talent. The cast and crew of Stage West Calgary’s The New Mel Brooks Musical Young Frankenstein are often outstanding.

It wasn’t even due to the limitations of a wide variety of settings that appear and disappear behind the longest motorized curtain I’ve ever seen - that worked fine also.

I think the Broadway musical itself just feels overall like a stretch. Which can still be funny enough, but the timing of the humour is impeded to some degree by musical numbers that showcase the talents of the actors, but really just most often come as fillers to accommodate the scene changes.

When this play surrenders to the absurdity of the source material, and allows the actors to horse around with the great lines from the movie version, it picks up steam and gets a great reaction from the audience. The Broadway-ization (that’s a thing, I think??) of the piece itself allows for nice dance numbers and lively choruses that might have humour in them somewhere, but slow the pace of the laughs too much to allow the tongue in cheek dialogue to resonate.

Again, that could be my own failure to let the movie version go, and just follow along...

I have to leave something here for my official Calgary Herald review (link here when that goes live!), but  just a few quick notes:

-GREAT, talented cast! Kevin Dennis as Frederick Frankenstein gets to live in the character made famous by Gene Wilder, and to his credit, you don’t often think about that once you’ve met his version of the character.

Gregory Pember’s Igor is perhaps the closest to the film version, and that gentleman can ring a bell when he gets started on both his character and the songs in the repertoire.

-Direction and choreography (J. Sean Elliott and Phil Nero respectively) is brisk and bright - there are a whole whack of characters and numbers to work through, and that all moves along just swell under their guidance.

-Adam Stevenson as The Monster is a visual miracle, standing atop lift shoes that are almost as tall as Tom Cruise. And he dances in those suckers! Egads!

More to follow in more detail for my Herald review, but if you love comedy, and have even a sliver of a fond memory from the movie version, you’ll definitely want to see what Brooks has done with the stage version.

Getting back to more frequency than famous comets... 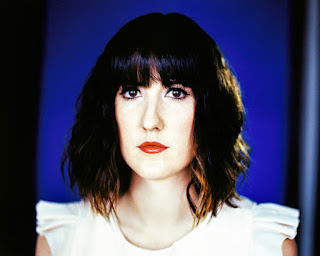 I can't believe how much I have left this blog space in the lurch.

There's bugs and spiderwebs in lurches!!

Anyhow, I am getting back to posting, and in this case, steering you to yet ANOTHER neglected site of mine, which brags a bit about launching yet ANOTHER site I hope not to abandon anytime soon:

I really need to gather all these things together - but one step at a time....

Posted by ThatDanGuy at 7:14 AM No comments: