It's funny - with as many years as I have following live music and supporting Canadian acts, events like last night remind me how vast the spectrum of talent is that our country harbours, and how much I still have to learn about some of those artists.

The 2013 Canadian Folk Music Awards are being held here in Calgary this year, and the weekend kicked off with the first of FOUR nominee showcases, one of two being held at the long-running Calgary Folk Club.

Before I get too far ahead of myself, there are three different opportunities to see some of these performers TONIGHT - so please check out folkawards.ca for the locations and schedule. Many are already sold out, and there are also workshops throughout the day today and tomorrow, before the gala evening and awards presentation. 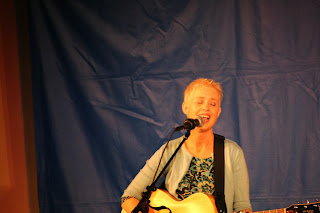 Back to last night, which could not have gotten off to a better start - Children's Album Of The Year nominee Helen Austin mixed her adult fare with the nominated album's title track "Always Be A Unicorn" to engage the audience. 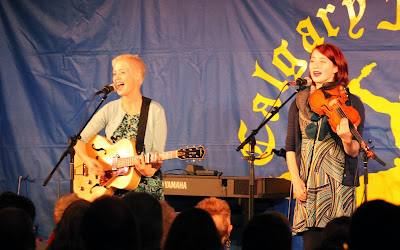 Performing with her daughter, the crowd helped out by singing along to songs that went by too quickly in the shortened sets that accommodated the robust lineup.

Check out Helen's website to find out about picking up some of her music, or all the high-water marks she has enjoyed to date in her career. Spoiler alert - there are plenty! 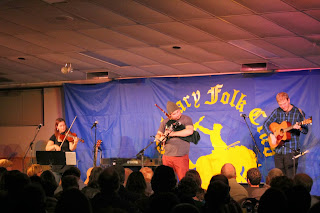 Before the first break, Instrumental Group Of The Year nominees The Log Drivers stepped up the Celtic with Irish bagpipes, fiddle and even flute - along with step-dancing from Calgarian guest member Heather Cameron.

Band mates Spencer Murray and Nate Douglas kept the energy moving along with selections from their debut album like "Dixieland", and "The Shaggy Dog". Plenty of self-deprecating humour and a wide assortment of instruments on the stage really afforded these talented musicians a chance to shine. 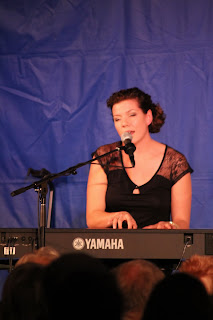 In the "sandwich set", French Songwriter nominee Alexis Normand made me think about comparing her to a Francophone Sarah McLachlan - a comment which I live-tweeted actually. 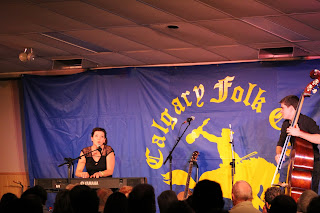 What is it about French language songs (and performers for that matter) that can be so inherently charming? Ms. Normand performed some spell-binding selections, and as an unfortunately lapsed French Canadian, I won't embarrass myself trying to mangle spelling those song titles.

You can ensure finding the proper titles by clicking this link. 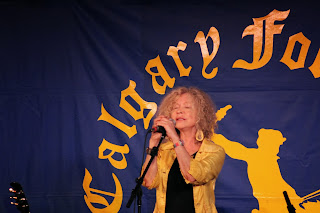 Putting the world in the World Solo category, nominee Lenka Lichtenberg offered a hypnotic set of Yiddish, Czech and Slovak inspired songs - back by the most exotic instruments of the evening.

The opening number literally transported listeners across the globe, and her haunting vocals caressed the foundation of piano, lute and percussion beneath.

Float away to her site, which introduces you to her unique style as soon as it loads... 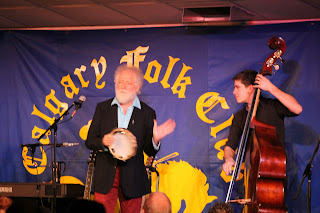 The concluding segment of the Nominees Showcase started with a Canadian folk veteran - Ken Whiteley, up for Traditional Singer.

Powerful, captivating, and making a strong case for his nomination, Whiteley was at the top of his game with help from a few guest artists. 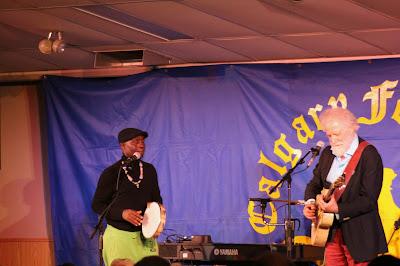 Rousing gospel, traditional folk, blues, and even a Christmas song were plenty well received - again far too short a time for a versatile journeyman of the scene.

There is wealth of education for you (if you need that) on his own site. 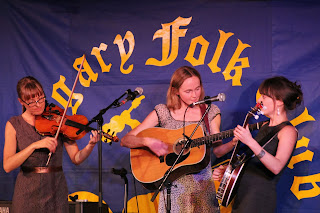 Closing this exceptional evening were three ladies nominated for Vocal Group. The Sweet Lowdown was indeed exactly that, a terrific trio to wrap up the night.

Funny how the combination of fiddle, guitar and banjo is pretty much the exact configuration of The Dixie Chicks, but the sounds of the two groups are worlds apart by comparison - clearly no less talented however.

Lush harmonies, solo showcases throughout provided a glimpse into their nod for an award. Personally I really enjoyed "May", "You Can Find The North", and "Lights Across The Water".

These musicians reside online here. I'd recommend you give their website a visit.

If you want to see top-notch Canadian talent in intimate venues, make sure you take in at least one of these showcases this weekend - check first for tickets though!

Posted by ThatDanGuy at 9:18 AM